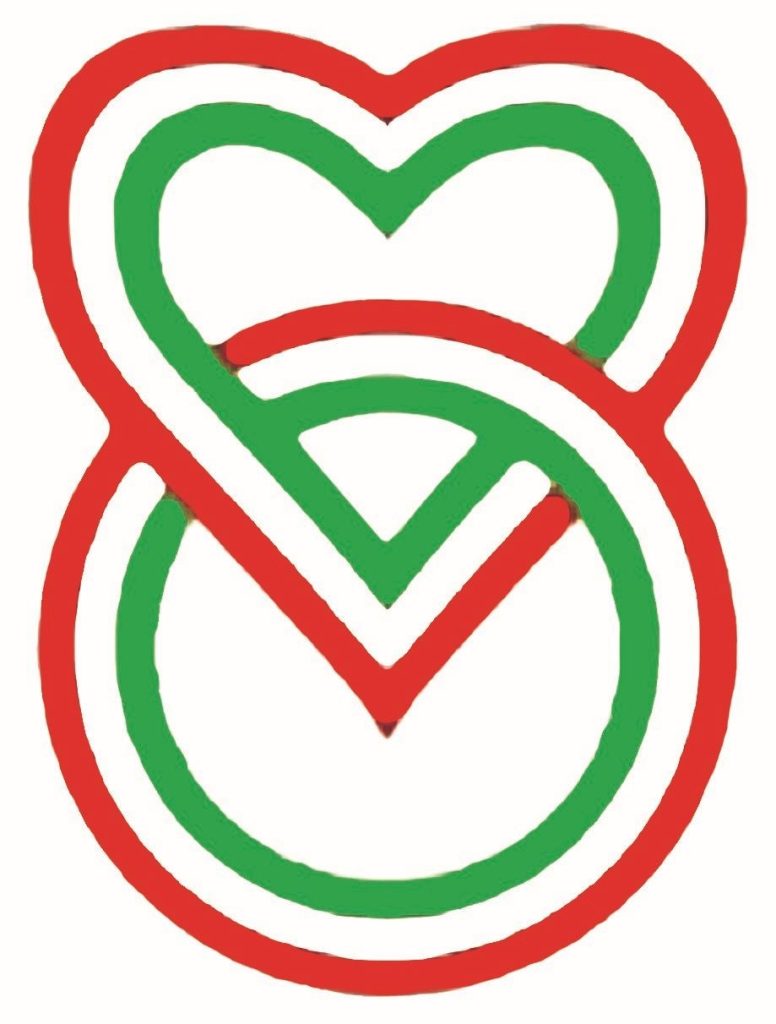 With the Power of the Holy Crown: Fight against COVID Fascism!

The Tenth Hungarian World Congress, in agreement with the previous two World Congresses, reiterates and confirms that beside the Historic Constitution of Hungary, the Country of the Holy Crown, there is not and cannot be a viable Hungarian nation. Therefore, it considers particularly the most important national strategic action to be the re-establishment of the legal continuity of the Historic Constitution of Hungary.

On the basis of the authorization of the Eighth World Congress, [1] the late Sándor Rácz made an attempt to communicate this concept to the leaders of the Hungarian State, which resulted in a painful failure, with Sándor Rácz becoming the first victim in the struggle to reinstate the legal continuity. In recognition of his exceptional life-journey, the Tenth Hungarian World Congress raised Sándor Rácz to the ranks of the perpetual honorary presidents, to join Baron Zsigmond Perényi, Crown Guard, the first president of the World Federation of Hungarians, Prime Minister Count Pál Teleki, the initiator of the establishment of the World Federation of Hungarians, and Count Albert Wass, prince of writers and fighter for the protection of minorities.

We can state that, in the past nine years, we have not progressed one iota along this path. On the contrary: the Basic Law, with a series of changes, is moving farther away from this goal.

On the path to reinstate the legal continuity of the Historic Constitution, we call upon the Hungarian State to take the first step and ceremoniously declare, with the power of law, that Boldogasszony[2] (the Virgin Mother) is the perpetual Queen of Hungary[3], thus strengthening King Saint Stephen’s declaration before his death that he places his state under the protection of the Virgin Mother.

We ask the Hungarian Catholic Church, based on the vision of Sister Natália, which was accepted by Cardinal Joseph Mindszenty, to build without delay and bless the chapel of the Triumphant Queen of the World.

Continuing along the path of the reinstatement of the legal continuity of the Historic Constitution, we caution anyone who schemes to declare one of the Hapsburgs as king of Hungary, because, in the more than 1100 years since the establishment of the state by the Magyars of Prince Árpád, nobody has committed a greater genocide against the Hungarian nation, than the House of Hapsburg.

The Tenth Hungarian World Congress calls upon the World Federation of Hungarians to draw up a conceptual and practical framework for the formation of a Constitutional National Assembly, which will be tasked with realizing the reinstatement of the legal continuity. and with establishing the rules for the election of the representatives of the Lower House and the Upper House, who will take part in it.

Inasmuch as it finds it warranted, it should call into being different legal forums to examine the legality of the present constitutional status of the state and to point out the way to return to the legal continuity.

We unanimously reinforce the definition of the Hungarian Nation, accepted by the Eighth Hungarian World Congress: We, Hungarians, consider ourselves to be the descendants of the ancient Scythian people, who preserve the language of the Scythian people and in lesser degree their culture and religion. We consider it of fundamental interest for our own people and all of humanity that the morality of our Scythian ancestors achieves a victory over that of the civilization of death for our salvation, by following the path designated by the one and only Savior, Jesus Christ Our Lord.  His New Testament is nothing more than the legacy the Scythians left the human race, [4] the teaching that – thinking of the Üdvtan[5]  (Doctrine of Salvation) of János Bolyai – could bring the moral world order of love to victory over the Fascism of COVID.

We are pleased to announce that, during our session, the first volume of the planned Trianon book, has been published by the World Federation of Hungarians in the German language.[7] We consider it of the utmost importance to publish it in other world languages very soon.

The Coronavirus series of the National Strategy Conference elicited the most interest. Taking into account the effect this topic has on the life of humanity as a whole, this conference was conducted with international participation. Encompassing the German, Latin, Slav, Hindu and Japanese cultural circles, doctors, researchers, and social scientists from four continents delivered more than thirty lectures in two languages (Hungarian and English) which were broadcast on the Internet.

The final goals of the lecture in the Coronavirus series, entitled: „Itt a vége, állj fel végre” (This is the end; stand up finally): The conference emphasized that it considers it necessary to cease immediately the mandated vaccination of health-care workers and children, and to end the state of emergency based on false PCR tests, because of the continued harmful effect of the spike-proteins and graphene-oxide  present in the “vaccines”, as well as the effect of the proven transcription of mRNA into DNA.

This aggressiveness, which characterizes the state policies in connection with the Coronavirus, causes anxiety among the peoples of the world, and unfortunately substantiates the status emphasized by the other lecturers: that which is taking place across the world under the cover-name of Coronavirus, is none other than a maneuver for world domination [8], COVID-Fascism. We stand up against this with the power of the Holy Crown, and protest against any manifestation of it. One of the most dramatic of these is the British authorities’ arrest warrant against the academic, Dolores Cahill, an eminent professor at the University of Dublin, who was a lecturer at the Tenth Hungarian World Congress[9], and, on the day of her lecture, she informed us of the action taken against her. We immediately take Professor Dolores Cahill under our protection; we will demand that the British authorities retract immediately this unlawful order, and we call upon the peoples of the world to join us in protest.

It is with pride and satisfaction that the Hungarian Language and Ancient History section of the National Strategy Conference reports that it was successful in following the results of the earlier World Congresses and is making progress. At the Opening Conference, in his lecture, broadcast live over the Internet from the United States of America, Dr. Péter Révész PhD. [10] proved the close relationship between the Minoan and Hungarian culture and, at the same time, offered an interpretation in the Hungarian language of the Cretan Linear-A script, which has not yet been deciphered by international scholars.

In the judgment of the World Congress, a scholar, who looks for linguistic relics of the Hungarian language only in documents written in Latin letters, is following the wrong path. Hungarian linguistic relics, more than several thousand years old, are preserved in the Cretan Linear-A script, the Egyptian hieroglyphs, the Sumerian cuneiform script and the Székely-Hungarian Runic Script, which has been preserved and still lives on today. Therefore, it can be stated that the Hungarian language and writing are inseparable and live on a continuum, and they should be considered together as an object of research. We call upon the world of Hungarian science to consider as Hungarian linguistic relics the surviving texts written in non-Latin letters.

We call on the Hungarian government to place the teaching of the Székely-Hungarian Runic Script[11]  in the curriculum as a compulsory subject.

The National Strategy Conference, entitled: “Time is true, and it will decide what is not true”, the section about Sándor Petőfi, completed its work with pivotal conclusions.

First: In spirit, we should welcome back the several thousand freedom fighters, who were involuntarily sent to their graves in Siberia, whose only “crime” was that they took up arms to fight for Hungarian freedom.

Second: In a worthy place, in Heroes Square, in the symbolic grave dedicated to the Unknown Hungarian Hero, we must bury Sándor Petőfi, whose bones are still preserved in a foreign convent, waiting for worthy final respects on the part of our nation. This must take place before the ceremonious Sándor Petőfi year, the two hundredth anniversary of the poet’s birth (2023).

The Tenth Hungarian World Congress continued its intellectual work by expanding the definition [12] of the Hungarian Nation. It raised conceptually serious themes from the Visegrád-Mogyoróhegy document from a quarter of a century ago, entitled “108 Points” [13].

Furthermore, it supplemented the challenges threatening our age — gender conception and the effort to gain world domination with the Coronavirus – with appropriate answers.

Like the Hungarian language, civilization and the Hungarian nation itself, the definition of nation is living, therefore it continues to evolve.

We close the Tenth Hungarian World Congress, but our fight is not over, our work is not done. We are sure that we shall prevail, because

God is with us!

This document is authenticated by:

[2] Born Gergely – Beszélő táj – Tájoló beszéd. The creative language of Boldogasszony is in the dialect, the spirit of the people and in ethnogenesis.  Tenth Hungarian World Congress, Opening Conference, Budapest, August 15, 2021

[2] Born Gergely – Beszélő táj – Tájoló beszéd. The creative language of Boldogasszony is in the dialect, the spirit of the people and in ethnogenesis.  Tenth Hungarian World Congress, Opening Conference, Budapest, August 15, 2021